Tech News and Analysis from around the web

Compress and Upload Image File to AWS with .NET Core

Compress and Upload Image File to AWS with .NET Core

How enterprises can make wiser decisions to incorporate a seamless and secure authentication mechanism into their platforms?

Which one should I choose?

Redis hits back at Dragonfly

Learning from 'The Odin Project - Ruby on Rails' path, but using C#/.NET instead of Ruby?

A physical wiring diagram for the human immune system

Debugging bare-metal STM32 from the seventh level of hell

Why Does gRPC Insist on Trailers?

Why does gRPC insist on trailers?

Look at median, and not mean GDP per capita

From throwaway side project to Switch in 2 years: my indie gamedev story

Recruiter Tricks: Out of my league

Abner Li / 9to5Google:
Fitbit plans to end PC and macOS syncing on October 13, 2022, moving file transfers to its smartphone app, and local music and playlists to Deezer and Pandora  —  One way you synced the very first Fitbit devices was by connecting a dock to your desktop computer and plugging in the tracker.

Mysterious holes on the seafloor

Are you using IIS on your production server?

Mark Harris / IEEE Spectrum:
A look at the data Tesla collects from its 3M vehicles: breadcrumb GPS trails and gateway log files, using the data to develop Autopilot, and who owns the data  —  Logs and records of its customers' journeys fill out petabytes—and court case dockets  —  You won't see a single Tesla cruising …

Cellular recovery after prolonged warm ischaemia of the whole body

Should I move to Sitecore development?

It seems Marco Rubio is beatable. Wouldn't it be something if the listenters to Keith Olbermann's fantastic podcast could make it happen? I think it's possible.
Published on: 2022-08-07-16:27:07 UTC
Source: Scripting News

How to pick a starter project that'll make someone quit

Mark Gurman / Bloomberg:
Sources: many Apple store employees continue to discuss unionizing; Apple has started to record its September event; opinion: iPadOS delay was probably worth it  —  Apple made the right call to push back iPadOS 16, but the move could create new issues for users and developers.

We should write a book

We should write a book on bug reports. There's so much to say. A case study.

A user is testing a fresh new feature. Released seconds before. He tries it out on his iPad and gets a blank screen. Tries it on his desktop machine, it works. He concludes there's an incompatibility with iPads and reports it as such, in great detail with screen shots. He follows the 1. 2. 3. format.

But as the developer reads the report, right from the start, he's pretty sure that the user's theory is incorrect, that it has nothing to do with an incompatibility with iPads. He has strong reasons to believe this, because:

The developer would like to know if there are any error messagess in the JavaScript console, being 99 percent sure there are. The user's report didn't include any info on this. They error messages are in the software for a reason, to help figure out what went wrong, to take the load off the user and the developer. To make these puzzles resolve faster.

They're not in a good place, because the developer is going to have to first convince the user to look elsewhere first, and users like everyone else, don't like to be told they're wrong. That's why we have to slow down. Don't rush to write a bug report. At least try it again, to be sure it reproduces. Think about what else can go wrong.Like it or not, the user has to participate in the debugging process, if they want the problem resolved reasonably efficiently in time, for everyone.

The best bug reports are short. A bug report and lab notes are different things. By digesting your report into simple statements of fact, you get to challenge your own assumptions and might cause you to change your thinking.

You have to think about it as likely your problem, not the software's because in my experience that's what's usually going on. In almost 50 years of being a programmer only once did I find a bug in a compiler, yet in my early years, I often stopped looking because I thought I had, only to find the bug later, in my own code.

The priority of the dart/flutter team for the future?

Geolocator support for some countries

I usually exercise in the afternoon, but it's been so hot, so I did my Peloton ride first thing this morning. Then swimming, a nice breakfast with a tall glass of delicious ice coffee. The sense of well-being is overwhelming. I used to have this feeling all the time after working out when I was younger. Now it's harder to get there. It's nice to see if I do everything well, I can still do it.
Published on: 2022-08-07-14:00:13 UTC
Source: Scripting News

Packages that every Flutter dev should know?

TypeScript all-in-one: Monorepo with its pains and gains

Is .net MAUI appropriate for a bachelor's thesis?

Dynamically creation some code during runtime

The ejector seats that fire through the floor

Brain Fills in the Blanks with Experience

To Become Wise, Do Less

Graphql-dotnet vs Hot Chocolate, which one to choose?

Zeyi Yang / MIT Technology Review:
At least four top executives associated with a Chinese state-owned semiconductor fund, which has invested $30B to date, have been arrested on corruption charges  —  The arrests of several top semiconductor fund executives could force the government to rethink how it invests in the sector.

The Definition of Obsession? 10 Years with a Citroën C6

What are the basic essential things to learn in authentication and authorization ?

Which one are you using the most?

Gauging broader interest in a .sln file generator based on a new DSL?

Cecilia D'Anastasio / Bloomberg:
Online crypto casinos like Stake are luring gamers into gambling, sometimes to the point of bankruptcy, with celebrity endorsements and sponsored Twitch streams  —  Enneric Chabot, 26, didn't start gambling until he saw his favorite gamers doing it online.  —  Three years ago …

Trying to follow ASP.NET deploy to Azure tutorial and getting a 500.30 on app launch.

Wall Street Journal:
A look at Netflix scrambling to build an ad business and revive its subscriber growth; sources: Reed Hastings expects Netflix could charge ~$80 per 1,000 views  —  Reed Hastings insisted on focusing on subscriptions until competitors started nibbling away at his business model

Method no longer returning a file after rewrite due to migration to .NET6

What styling is easier

Eric Seufert / @eric_seufert:
[Thread] How Apple's App Tracking Transparency blew up the digital ad ecosystem, bolstering the company's ad business while positioning it as a privacy champion  —  APPLE ROBBED THE MOB'S BANK: How Apple's App Tracking Transparency (ATT) policy blew up the digital advertising ecosystem, bolstering its ads business while positioning itself as a champion of consumer privacy. A masterclass in corporate strategy. (1/X) https://mobiledevmemo.com/...

is Flutter good for learning and be strong at OOP ?

Nico Grant / New York Times:
Inside the “YouTube automation” cottage industry that is persuading people to spend thousands of dollars on tutorials for creating video businesses on YouTube  —  A cottage industry is persuading people to spend thousands to create video businesses on YouTube.  Disclaimer: It is harder than it looks.

flutter_auto_gui: A Flutter package allows you manipulate your mouse and keyboard for automation in desktop applications.

What is the one app you most proud of be it asp.net winforms blazor or mvc or even xamrain forms in c#

Another thing about New Yorkers 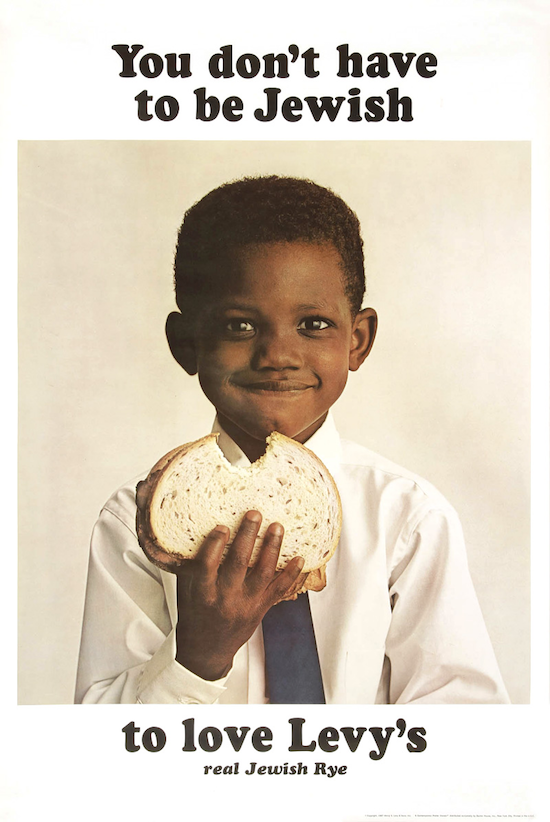 Where to go next?

Jeff, creator of the podcast Software Engineering Daily, has passed away

I created EphemeralMongo, it allows you to spin up disposable instances of MongoDB 4, 5 or 6 for testing and local development. It is the recommanded alternative to Mongo2Go which is no longer actively maintained.

Vim, infamous for its steep learning curve, often leaves new users confused where to start. Today is the 10th anniversary of the infamous "How do I exit Vim" question, which made news when it first hit 1 million views.

ShowCaseView: A Flutter package allows you to Showcase/Highlight your widgets step by step.

When I wrote about Utopia Bagels yesterday, I forgot to mention that Whitestone is part of Queens. It's a weird thing, of the five boroughs of NYC, the oddball is Queens, where each neighborhood was once a town, and they kept it that way even when they all became part of Queens. So my parents' address was in Flushing, NY -- not Queens, NY as it would have been if we were in Brooklyn, The Bronx or Staten Island (actually not sure about Staten Island, it's the forgotten borough, more part of the Lost Cause of the Confederacy than the greatest city in the world). Manhattan is the other weird case for a different reason. You send your mail to Manhattanites to New York, NY -- in other words fuck the other boroughs, Manhattan is the real New York. In a city that's known for its self-centered arrogance, Manhattanites take it to the next level. Not only don't they acknowledge that the rest of the country exists, they don't even credit their fellow NYers. Gotta love it. 😄
Published on: 2022-08-06-12:24:11 UTC
Source: Scripting News

Wow I miss Summer Streets. On three Saturdays in August, in NYC, they close Park Avenue and 4th Avenue below it, all the way down to the Brooklyn Bridge -- and it's just for bikes and pedestrians. It's what NYC would be like if there were no cars.
Published on: 2022-08-06-12:22:33 UTC
Source: Scripting News

A reader thanked me for the tip about Olbermann. "With Maddow only one day a week, it's nice to know there is still a good, daily source of my kind of Snark and News available." My response: You're very welcome. But I think when you listen to Olbermann you'll realize as I did that Maddow wasn't cutting it. She stepped back because she lost her edge, she must've known it. I also think the MSNBC management must have been forcing her to not say the whole truth. Olbermann for now at least is unchained. But his show is owned by a big corporation so he'll probably eventually go stale too. But for now -- he's got it.
Published on: 2022-08-06-11:57:28 UTC
Source: Scripting News

Creating a library for finding nearby devices using Bluetooth